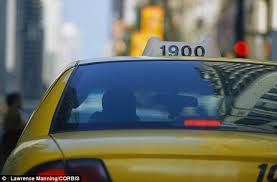 I met a cab driver the other day.

He was from Iraq. Twenty years ago he escaped for his life from Sudam Hussein during the first war and in his words was saved by American solders and placed in a refugee camp. After two years living as a refugee, he came to the United States.

He had his Bachelors and Masters Degrees in urban planning. He always had a dream of getting his doctorate and working in the field of architecture. When he first came to the United States, he wasn’t able to prove his academic achievements. After the second war in Iraq he was able to access his diplomas.

But, by then it was too late. He had responsibilities by now. A wife and two children. He had his children’s education to consider – bills to pay. “He liked Chicago,” he said, as he drove me through the snowy, grey streets of Hyde Park.

I looked up into the clay sky. “More snow,” I thought. And took in deep sigh.

He was a kind man.

Are they stored in a warehouse in the universe for another day? Or do they dissolve like snow?

He dropped me off at the airport. “Thanks for the ride” I said. “I hope you get your doctorate some day.”

What happens to a dream deferred?

Does it dry up
Like a raisin in the sun?

Or does it explode?